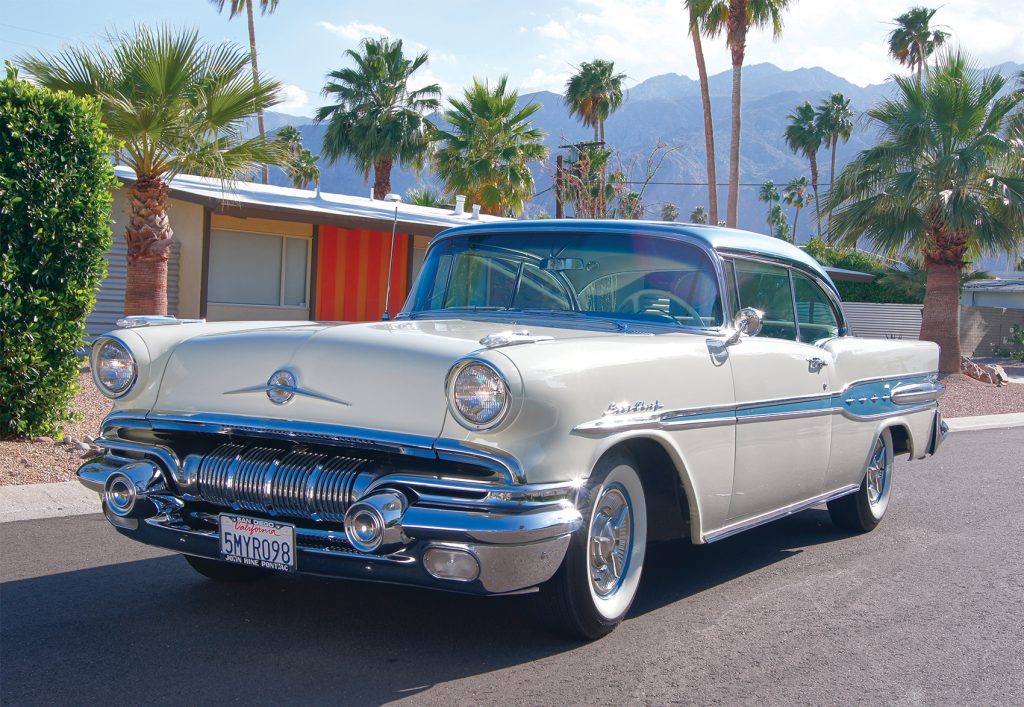 Note: The following story was excerpted from the June 2017 issue of Collectible Automobile magazine

The 1957 Pontiac was the first Pontiac since 1934 without “Silver Streaks” on the hood. Before Cadillac had tailfins and Buick had portholes, Pontiac had its signature chrome band (or bands) adorning the hood. However, Semon E. “Bunkie” Knudsen arrived as Pontiac’s new general manager just as the ’57 models were ready for production, and he was determined to change that.

Pontiac’s position in the industry had been slipping. Knudsen believed a fresher, more youthful image was needed. Removing the Silver Steaks was seen as a break with the past—and a tradition that started while Knudsen’s father, William S. Knudsen, was running Pontiac. It was also about the only change he could reasonably make at so late a date. 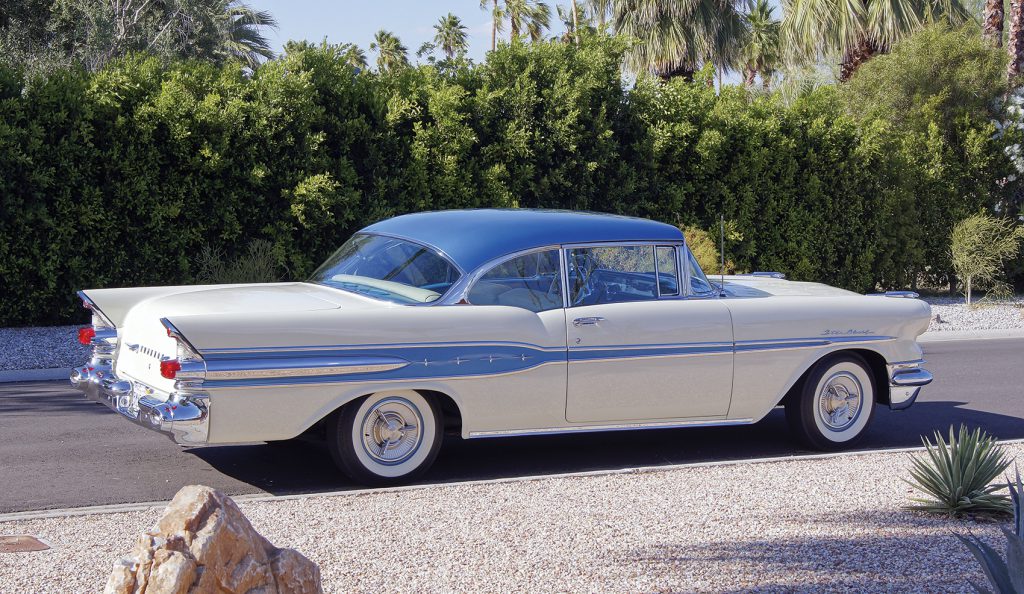 Actually, Pontiac’s transformation from an “old man’s car” had started in 1955. Pontiac shared Chevrolet’s “A” body, which was new for ’55. That year’s Pontiacs were lower, sleeker, and more modern than before. Just as Chevrolet had a new ohv V-8 for ’55, so did Pontiac. In fact, the Chevy engine’s effective valve gear with lightweight, stamped rocker arms was borrowed from designs developed in Pontiac’s engineering department. Pontiac’s V-8 proved long-lived and versatile. The basic design lasted until Pontiac stopped building its own V-8s in 1981. While Chevrolet would eventually build “small-block” and “big-block” V-8s, Pontiac’s sole V-8 design supported displacements from 287 up to 455 cubic inches.

The new V-8 cars had far more performance than the old straight-eight Pontiacs. To demonstrate the newfound power, Bonneville Salt Flats legend Ab Jenkins was recruited to set a world record. In his hands, a 1956 Pontiac averaged 118.375 mph for 24 hours—the last of many records set by Jenkins, who died later that year at age 73. 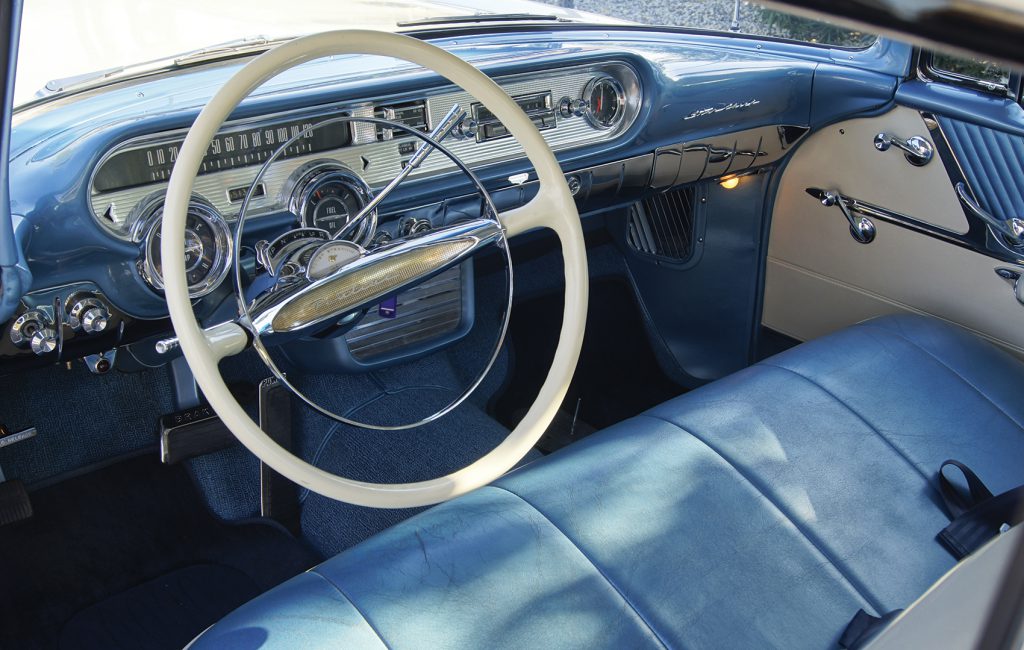 Bunkie Knudsen wanted to foster a performance image for Pontiac. Advertising in 1957 proclaimed Pontiac “America’s Number 1 Road Car.” Backing up that claim, Pontiac had increased the size of its V-8 to 347 cid, which helped it develop from 227 bhp up to 317 bhp. Styling was also more exciting for 1957. However, in spite of a good product, Pontiac sales were down for ’57. Knudsen’s efforts wouldn’t truly start to bear fruit until 1959 when the “Wide Track” Pontiac rose to number four in sales. 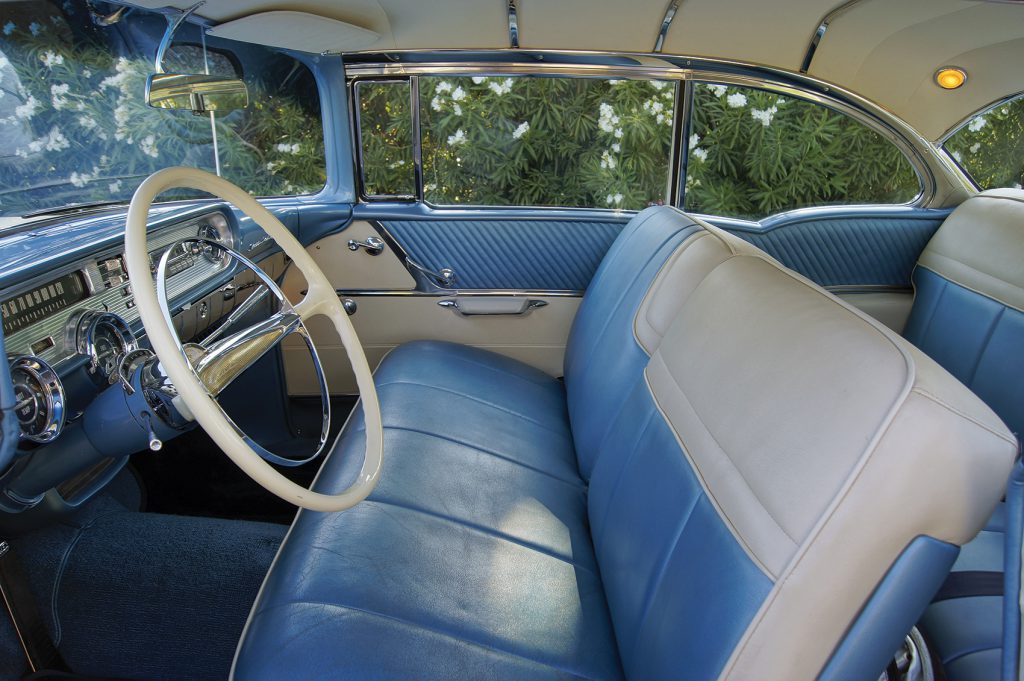 Our featured car is a 1957 Pontiac Star Chief Custom Catalina hardtop coupe. Star Chief was the top trim with a choice of cloth-and-leather or—as in this car—full-leather upholstery. The base price was $2901 and 32,862 were built. The engine developed 270 bhp when paired with a Hydra-Matic transmission.

When photographed, the car was owned by Andy Linsky of Palm Springs, California. Linsky says the Star Chief was a good driver: “The power was quite fine. It moved.” He liked the Fontaine Blue/Kenya Ivory color combination—and he says he’s sorry he doesn’t have the car today. 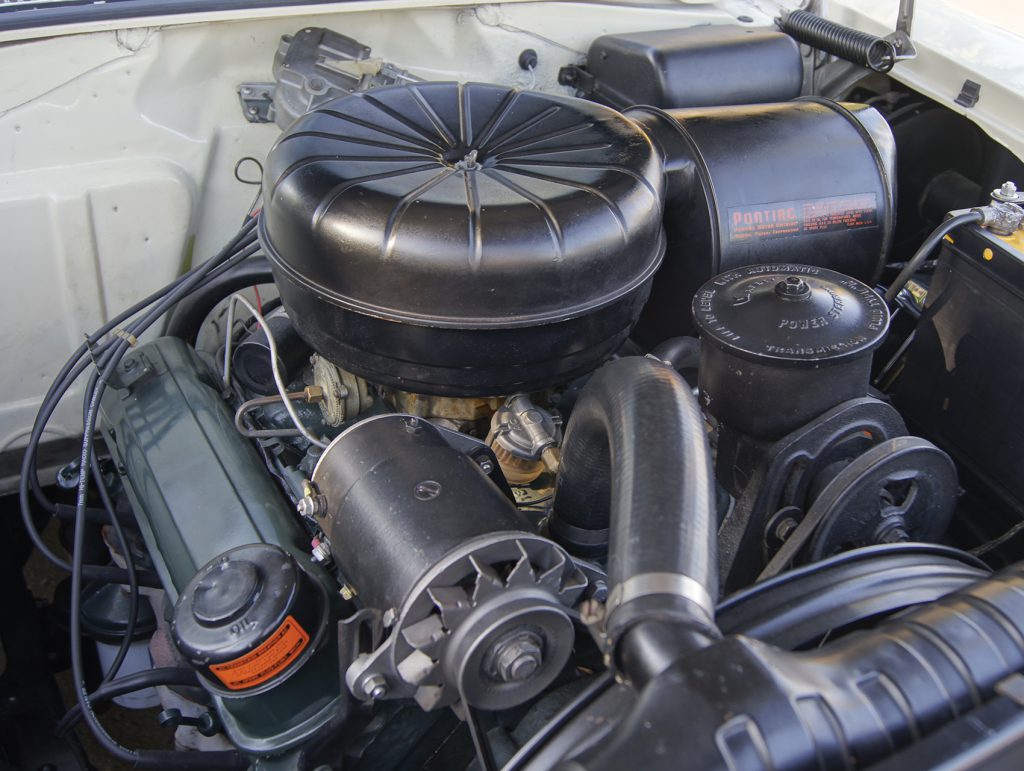 Meet the incredibly cute Citroen Ami – not so much an electric car as a zero-emissions city mobility solution. If the name rings a bell, then it should, because it was last used for a divisive-looking family car produced by the French giant between 1961 to 1978. Look hard and you’ll see a couple of...

Christmas has inspired some of the best movies and TV specials in motion picture history. So after binge-watching all the holiday flicks we could get our cocoa-covered hands on, we came up with a list of some of the coolest vehicles we saw. Did we miss any big ones? Let us know in the comments...